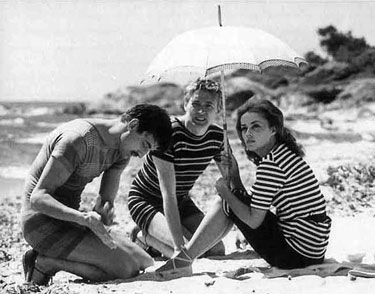 There is something in Jules et Jim, it’s just not something that I like. The characters are very flighty, but I’ve loved movies with flighty characters before. For me what it comes down to is that I can’t in any way relate to the concept of love as portrayed in Jules et Jim, whether from the female or male perspective. Because of that I spent the majority of the movie questioning why the characters were doing what they were doing. I often found myself thinking of them as quite idiotic, and not in an endearing way.

I did like the way the film was structured and how it was put together, as well as the score. But, I could never get past the fact that not only did I not care for any of the characters but I didn’t care about what happened to them because I couldn’t understand them. I don’t always need to relate to the characters I get to know, Odin knows I certainly can’t relate to Dirk Diggler in a lot of ways but that didn’t stop me from loving Boogie Nights. However with Jules et Jim I didn’t feel the smallest inkling of investment in the characters, their actions, or their various plights.

I wouldn’t recommend Jules et Jim, but for people that are willing to accept the version of love that the movie espouses I can see viewing it as a favorite. But, alas it wasn’t for me and I don’t know if it ever will be.