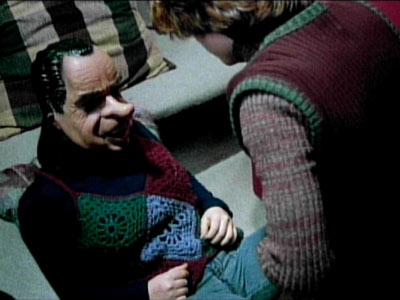 An ice storm sounds cool, but I slip on tiny patches of ice so I can only imagine the calamity that would befall me in an ice storm!

The 70’s were awkward, and while every decade and generation is awkward in their own way, the 70’s were especially awkward, at least in America. The 70’s were a weird clash of 1950’s morality, 1960’s openness, and the oncoming 1980’s materialism. There is a reason why people view the 70’s as a decade without an identity. Instead of taking their own path as all the decades around them did, the 70’s became an amalgamation of various ideas from the decades preceding and succeeding them. If you look at the clothing style, drug use, musical taste and the change in the family dynamic and gender roles it is no surprise that the 70’s are a decade without an identity.

Because of the lack of identity found in the 70’s, movies that attempt to define the 70’s, or in better terms to capture the 70’s seem to always come up short or be lacking in some way. The Ice Storm is one of the rare exceptions that captures the feel and look of the 70’s while not getting the tone wrong. I believe this is due to exaggeration. Instead of going for honest to life characters and situations, the characters and situations in The Ice Storm are a little exaggerated. In order to get the essence of the 70’s across on-screen exaggerations needed to be made and The Ice Storm makes them in all the right places. Whether it is dialogue that is a little too movie-esque or one awkward situation too many, The Ice Storm exceeds in presenting an exaggerated version of the 1970’s that through said exaggeration perfectly captures why the 1970’s was such an awkward time in America.

The overriding theme of the 70’s and of The Ice Storm was that of fulfillment. People all over America wanted fulfillment, at any cost. But, they wanted fulfillment from areas outside of their support group. Having a family wasn’t enough, if anything it wasn’t cool. You started a family, nurtured it to a certain point then you looked for fulfillment in other places at the cost of alienation. There’s a reason every relationship in The Ice Storm is falling apart, it’s because their quest for fulfillment from outside sources has led them to alienation. Ben and Janey try to find fulfillment in each other, but it ends up awful and both leave unfulfilled. Elena tries to find fulfillment through stealing and then also through another man, both are disastrous. Others toss themselves into their work, or try new things like a key party, but in every instance you either see first hand or can sense that they will not gain any fulfillment from their actions. By ignoring the one area where they have built up relationships and trust, by ignoring their biggest support group, by ignoring their family they cause their own alienation but they are so lost already that they don’t know any way out of their alienated state.

The Ice Storm also touches on some issues that were explosive in 1970’s America, gender roles and growing sexuality at a younger age. Both are interesting because they were present in society for years, the drive for a change in gender roles and sexuality being found in children. However, it is in the 1970’s that these ideas came to the forefront in America. In The Ice Storm you can see Christina Ricci’s character act as both the representation of the change in gender roles and in the exploration of child sexuality. The long held myth, that some sadly still hold to be true to this day, is shattered by Wendy and her openness to sexuality and her desire to be the aggressor before that of the two boys.

Wendy’s counterpart is that of her brother, who falls into the old stereotypes of the bumbling male longing for the unattainable woman. But, there is a darkness in his moments with Libbets. On the surface his character represents the sexual frustration of a sixteen year old boy and the innocence that goes along with his type of longing. However, in those moments when he tries to drug his roommate and sees the opportunity of take advantage of a passed out Libbets the dark undertones of the soon to be prevalent date rape era take shape. Paul avoids going down that path, but we know that in the years to come so many men (and women, don’t kid yourself about that) will go down that dark path.

All of these themes and ideas wouldn’t have worked without an excellent cast, and The Ice Storm has an excellent cast. From Joan Allen’s controlled and cold rage, to Kevin Kline’s impotence put forth every moment he opens his mouth to the powerful performances of Adam Hann-Byrd and the aforementioned Ricci. The Ice Storm is full of quiet performances, no one is trying to show off, every actor inhabits their role, I know I say that too much, and the results are seen in their ability to hold the themes and ideas the movie wants to present together.

The cinematography is plain for the most part, but don’t read that as bad. In showing the dark underbelly of the 70’s the surface needed to look ordinary, and it does. It is only when the storm comes that the cinematography shows some flourishes, but they are excellent flourishes. Ang Lee uses repeated imagery to drive home his point in The Ice Storm, none better than that of the ice tray. He continually goes back to the ice tray being cracked, because it cracks, everything cracks and if the characters in the movie continue on their current path they too will crack.

There’s no way I’m not going to like a movie that uses the Fantastic Four as a jumping off point, especially one that ties it’s ideology into the family nucleus presented in the Fantastic Four. The Ice Storm is an awkward movie, but it is a snap shot of an awkward point in time. It earns its awkwardness through strong characters and its ability to be true to the era it is from. Watch The Ice Storm and if you are like me you will recoil in recognition when Paul is slammed down by the “like a brother” line. So cold, oh so very cold!