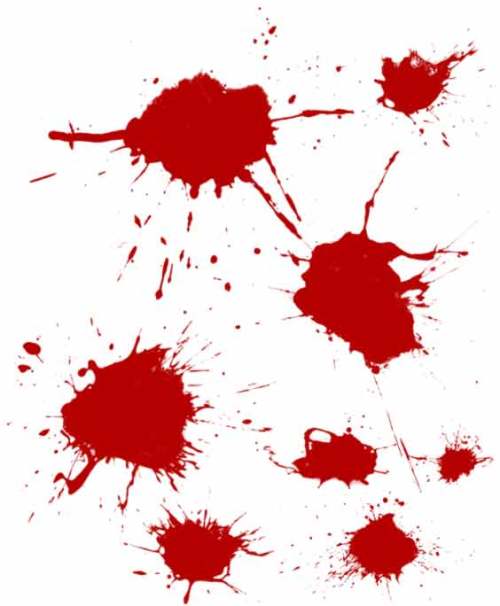 Horror Month 2009 is all but over, now comes the part where you hear me rail on like an old windbag about the best of what I watched!

Sadly, October must always come to an end. Every year I get jazzed out of my gourd that October is here and for once all my horrific leanings are seen as normal by others, but just as fast as I can unpack my blood packets October is over and some lame turkey day is upon us. For you my loyal readers I present the awards for Horror Month 2009, the 1st Annual Splatter Time Fun Fest Awards. There are a certain number of categories that I will guide you through, and by the end you will undoubtedly be bored as all get out and hate my guts, but all in a days work for Bill Thompson!

I decided to only go with the top five in each category, but the number of movies I watched for Horror Month 2009 wasn’t that large. Here are all fourteen of the eligible movies,

Just a brief capsule this time, but in my continued attempts at humor that always fail, each award category has a less than descriptive name as its title. I’m lame like that, learn to love it or get the heck out! As I previously stated, I limited each award to only five nominations (although in some categories there will be less than five), and the presentation will be the five nominations followed by the winner. Doesn’t get any simpler than that, does it?

I’m a dude, so if you have a problem with this category the root resides in between my legs. Sorry, I happen to like naked boobies therefore they get their own award. In the interest of equality, if you are a woman, or a man, who is offended by this go create your own category for best cock shot, you can do that if you want. I, however focus on boobies, because that’s what I do. Before my ramblings get further out of control your five nominees are,

1) The young woman in the bathtub – The Shining

3) Lynda gets dressed right before Michael strangles her – Halloween

4) Carrie in the shower before she gets her period – Carrie

All great entries, but in a category that is all about the boobies you have to go with the perkiest and bounciest, young unnamed lady in the bathtub from The Shining takes home the crown. I have nothing to offer you, especially since now you are probably sixty something years old. But let this award be a testament to your once hot youth, but for the love of god stop the movie before she switches into the old lady with sores.

There should be a video here, but I can’t find one, so this is all I can give you, 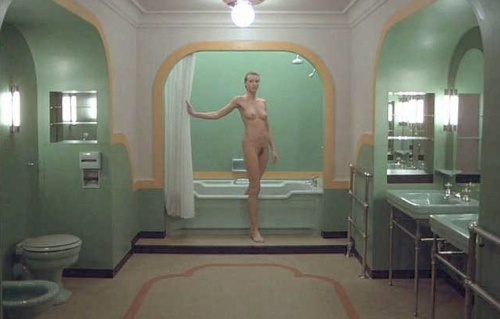 I know that not everyone likes gore, and while I sometimes share that view, when done right gore can be a great thing. These five nominees are examples of that,

Do Not Stick That Stake Through My Heart (AKA Best Death):

This one is pretty darn self explanatory, who died the best. Really, did you need me to say anything beyond that? Let’s get to the nominees,

2) Pat Hingle is stabbed through the heart, literally, then crashes through a glass ceiling only to end up hanging from the rope around her neck while her friend is killed by the shards of glass from the ceiling – Suspiria

There’s something to be said for a beautiful death and Dario Argento sure knows how to kill his characters in a beautiful way. Pat Hingle may not be on screen in Suspiria all that long, but her death is one of the best shot death scenes you’ll ever see. Not only that, but it’s like a marathon of death, she’s stabbed eighty million times, punched around, tossed through a glass ceiling and then hung, Argento is one sick man.

I swear I didn’t Just Piss My Pants (AKA Creepiest Scene):

I’ve never really been scared at horror movies and because of that I tend to look for creepy scenes instead of scary ones. Without any further ado I present to you the five creepiest scenes in Horror Month 2009,

1) Asami sits alone in her room, the phone continues to ring, she looks up and that damn burlap bag starts thrashing about – Ôdishon (Audition)

3) May proves she’s nowhere near a normal girl when she decides to reenact her boyfriend Adam’s freaky cannibal love movie with him, live, in the flesh – May

This was a very tough one, each and every scene nominated, as well as a few that didn’t make the final cut, were creepy as all get out. But, only one scene made me question my faith in humanity as well as that silent girl down the street who’s cute but keeps to herself and is always hiding behind her hair. Asami silently sitting in her barely furnished apartment while that phone rings and that sack threshes about is one of the creepiest scenes I have even seen. Ôdishon has a reputation as a creepy movie, and this scene proves that reputation.

My Guts would Spill Out From Laughter If You Hadn’t Already Hacked Them Out With a Machete (AKA Funniest Scene):

Not all horror movies make you laugh, some that made me laugh I didn’t bother nominating because they were macabre funny and not laugh out loud funny. Either way, these are the scenes that had me rolling,

For the longest time I didn’t see any way that any film could come along and top the hyjinx of the Park family fleeing from the government. Then I met a certain preacher who felt it was in his best interest to shout out, “I kick ass for the lord” and follow that up with a kung fu ass beating. I had to stop Braindead at that point because I laughed for a good five minutes straight after hearing him utter those words and hopefully so will you.

Unlike a certain villain from The Incredibles, all of these villains were effective. Whether it’s a monster out to eat, a soulless killing machine or a gaggle of the undead, you know these characters mean business,

4) Zombies – Night Of The Living Dead

A quick note on the video, it does contain clips from all the Halloween movies, but it’s the best representation of Michael Myers you’ll find on the web that isn’t accompanied by out of place death metal,

If This Were The Oscars This Would Be A Prestigious Award (AKA Best Performance):

Why do you need me to type anything in this slot? These are the five best performances regardless of gender,

Performances often make the movie and that is never more the case than in a horror film. There are plenty of good gore fests or scare-a-thons, but the truly great horror movies are usually bolstered by memorable performances. All of the performances listed above are memorable, but only one stands out from the pack. Belén Rueda consistently does the little things in El Orfanato that help Laura come alive. She keeps her role and in turn the movie grounded with her realistic emotion and always expressive eyes. It’s a shame that come legitimate awards time she was looked over because El Orfanato is a horror movie, her performance would be fit for any genre of film.

Seriously, why am I even typing this crap anymore? This is the award for the best film, uh, yeah,

On a serious note this was the toughest category of all for me. On a pure horror level every one of these films are fantastic, just as they are on a non-horror cinematic level. In the end I had to go with the one that I felt best represented all that I love about horror, the holiday of Halloween and suspense film making. All the nominees are master works in my eyes, but there can only be one best in Horror Month 2009, and that film is Halloween. My review summed up my feelings on this film the best and that leaves me with very little to say. Suffice to say it’s a film I love and if you want to see the movie I most associate with the day that kids love to get candy, then watch Halloween.

There you have it, the 1st Annual Splatter Time Fun Fest awards are done with. It’s like the Academy Awards or taking home the Palm d’Or from Cannes, only way, way more prestigious! Count yourself lucky winners, you can now take your rightful place among the gods, and place your non-existent award, in my mind I’m thinking a cheap ceramic bowl with splatter spelled incorrectly on the side, on your mantle. For the rest of you, hope you enjoyed at least a small portion of my ramblings, and see you next year!

This entry was posted in Horror Month and tagged award show, horror. Bookmark the permalink.