Disney Animated Marathon: The Fox And The Hound (1981) 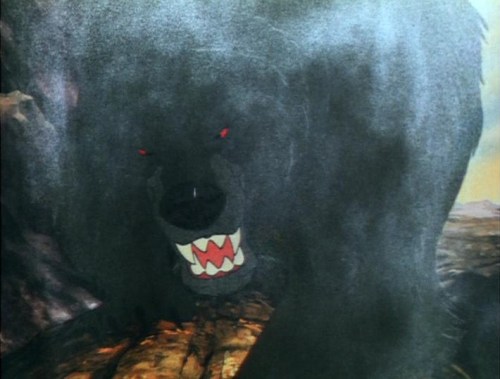 I’m going to dispense with the obvious right out of the starting gate. Yes, The Fox And The Hound is cute, it is sweet and it does feel very much like what one expects from a Disney film, at least most of the time. Sorry to be so blunt with this first paragraph, but there’s only so many ways a man can wax poetic about how sweet, cute or fun a Disney animated feature is, and I reached my limit, at least for the time being, a few movies further back in this marathon. That’s not to say it’s been a chore to watch any of the movies or to write about them. It is however difficult to come up with new ways to say the same thing over and over again, and because The Fox And The Hound was yet again another cute, sweet and fun Disney animated production I chose to be blunt this time around.

You may have noticed that I couldn’t fully commit to the idea of The Fox And The Hound being sweet, fun and cute all of the time. That’s because when it isn’t any of those three The Fox And The Hound is a harrowing ordeal. If I, as somewhat of an adult, thought The Fox And The Hound went into some dark territory then I can only guess at what the reactions from some kids would be like. The opening chase scene is especially dark, a tour de force of artwork and music that goes to places I found quite surprising, considering what Disney had been offering as of late in the marathon.

I have read the reviews from Roger Ebert and Vincent Canby where they talked about the other way in which The Fox And The Hound is more of an adult feature, the way it takes on societal conformity. Admittedly Mr. Ebert was more adamant about the issue, but nonetheless both critics spotted something I didn’t exactly pick up on myself. Now that I look back on The Fox And The Hound I can see what Mr. Ebert is talking about, but I don’t know if I wholeheartedly agree. There are surface flashes of the societal conformity issue, but the issue taking any sort of main stage is drowned out by the one considerable problem with The Fox And The Hound’s structure.

The darkness within The Fox And The Hound is a great strength story wise, but I don’t quite think it is handled all that well tonally. This affects the societal conformity issue profoundly, it’s hard to get wrapped up in any sort of meaning when the film can’t decide if it wants to be a fluffy Disney picture of old or try for something a little different and challenging. I struggled with this aspect of The Fox And The Hound about as much as the film itself. For the most part I was able to overlook the great tonal shifts and enjoy what was on screen, but I’ll be damned if there isn’t a great movie in The Fox And The Hound just waiting to take on a solid tone and come out for some rabble rousing.

The Fox And The Hound is also notable for being the first Disney animated film in quite some time that doesn’t feature Wolfgang Reitherman at the helm. This change in the reigns of directorial power is noticeable right away. The Fox And The Hound isn’t a megapower of beautiful animation, but it is much fuller and colorful than the Reitherman films typically were. Gone is the unfinished visible line style that Reitherman so favored and in its stead is a more solid and finished style that results in an abundantly vibrant and lively picture. Still, there are some rough patches with dull animation that is lacking in color, but they are very few indeed.

While I do wish that The Fox And The Hound had chosen a consistent tone and stuck with it, I would have preferred the darker route, I can’t deny that it is on the whole a worthwhile addition to the Disney canon. The opening chase scene and closing forest battle alone are works of art the likes of which the mouse became famous for orchestrating. The rest of The Fox And The Hound is peppered with some dark moments, some fun moments and a lot that the viewer can get behind. We still haven’t gotten back to the heights of Robin Hood, but The Fox And The Hound is a movie you can have a good time with.

2 responses to “Disney Animated Marathon: The Fox And The Hound (1981)”