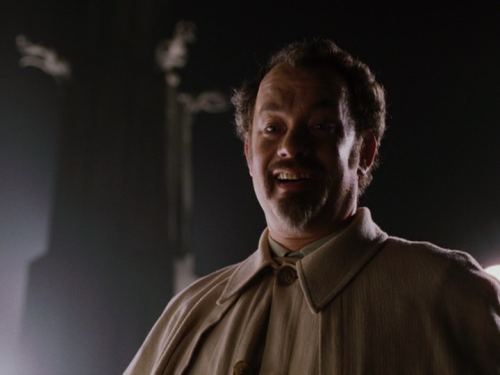 This is what happens when one of my favorite directing duos of all time misses the mark, big time!

I really wanted to like The Ladykillers, actually I wanted to love it. My favorite actor of all time joining forces with a directing pair that I love should have been made of instant win. Instead what I got was a film that was lifeless and if it didn’t care I certainly wasn’t going to care. I don’t blame Hanks though, I can see that he was trying. Nope, I place the majority, read all, of the blame on the Coen brothers. And it pains me to say that, because up till this point I have at least liked every film I have seen from them. The Ladykillers breaks that streak, it breaks that streak with ease.

It didn’t take long for me to start to veer away from what The Ladykillers was trying to do on the screen. It was at about the time when all the players in the heist were being introduced that I began to check out of the movie. As each character was introduced I began to wonder what the point of all of this fluff was? Most of what I was seeing didn’t matter, it wasn’t going to matter in the end, it did nothing to actually establish the characters and while I may have emitted a few slight chuckles, on the whole it wasn’t funny. That feeling never went away, till the very end the most The Ladykillers managed to wrangle from me was a slight chuckle and a lot of questioning of what the Coens were going for.

Take the character of Garth Pankcake, as played by J.K. Simmons, for example. That is a character who should be a barrel of laughs, and lord knows Simmons tries. I admit, I did laugh at his actions a few different times, but a guy named Garth Pancake who is as idiosyncratic as he appears to be should be a riot. Alas, he was not, he never leaps off the screen or stands out as all that interesting. And that is why I was so disappointed with The Ladykillers. This is the Coen brothers we are talking about, they are the kings of making the absurd funny and interesting. Yet none of that is to be found anywhere in The Ladykillers, and that totally bummed me out, man.