Disney Animated Marathon: The Princess And The Frog (2009) 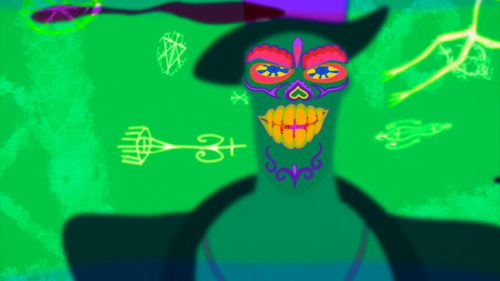 Does movie #50 in the Disney Animated Marathon live up to its billing as a return to classic Disney animation?

Sometimes I need a reminder of the little things that can make movies awesome. In the case of The Princess And The Frog that reminder came in the form of a four year old girl. I was enjoying The Princess And The Frog, but to be honest it wasn’t doing a lot more than that for me until the song Almost There entered the fray. I watched a four year old girl start out by tapping her feet to the tune, followed by getting the rest of her body into it and then finally belting out the song along with Tiana. It was a small moment, the type of moment that helps to fill our everyday lives, but moments like that point out to me the simple joys that can be found in the movies I often take apart with an analytical eye.

That brings us to whole of The Princess And The Frog, and while not the deepest Disney animated film, or the most original and inventive, it is exceedingly enjoyable. And I have to ask, why is that a bad thing? The simple answer is that it’s not a bad thing, not a bad thing at all. I can’t recall the number of times that I and others have written, “This was an enjoyable ride, but nothing more than that.” Maybe not those exact words, but I hope you get my drift. Why are we always so quick to dismiss what we enjoy or to give it backhanded praise? I could do the same to The Princess And The Frog, I could easily tell you that it was enjoyable and not much more. But that would belittle the enjoyment aspect of that sentence, and I don’t want to do that.

I enjoyed the heck out of The Princess And The Frog, and in a lot of ways it reminded me of Disney classics from the late 80’s to early 90’s. The reason for that is obvious, The Princess And The Frog was directed by the duo of Ron Clements and John Musker. Why Disney ever pushed these two fine filmmakers to the side I don’t know. Sure, they had a couple of less than stellar films near the end of their original Disney run, but that can be said of plenty of filmmakers. Either way, their return with The Princess And The Frog is a welcomed move by the mouse, and it pays off in spades. The Princess And The Frog could be slotted into the middle of Musker and Clement’s initial Disney run and it would fit right in with regarded classics like The Little Mermaid and Aladdin. It has the same sensibilities of the films from that era, the same sense of fun, and the same basic need to give the audience a film that will see them leaving the theater with a smile on their face.

I enjoyed The Princess And The Frog a good deal. It looked amazing, it was a fun ride and it moved at a very fast pace. The Princess And The Frog had an interesting variation in animation styles, some catchy tunes and not to hit this point too hard, it was an enjoyable film. Yes, I am willing to admit that I enjoyed a movie and that my enjoyment was enough for me. Maybe that means I’m not being my usual analytical self, but I don’t think that’s the case at all. I enjoy plenty of movies, but for some reason I almost never am willing to write about the simple act of enjoying a film. That has changed with The Princess And The Frog, and if you too are into enjoying film then I suggest you go ahead and see Disney’s return to 2D animation.

6 responses to “Disney Animated Marathon: The Princess And The Frog (2009)”