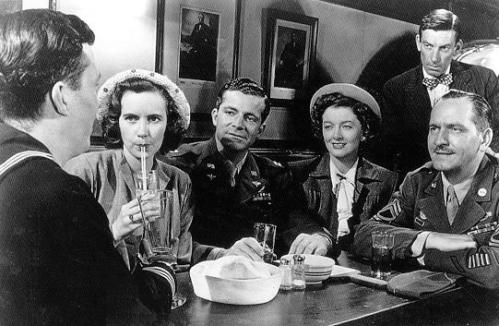 Chess, New York shown as it truly is, coming home from war, and so much more, what a week!

A few more movies this week, but still not a lot, quality always beats quantity though, that’s what I say,

It’s a sports movie, about chess mind you, but it’s not really a sports movie. While Searching For Bobby Fischer doesn’t delve too deep into any of its characters it niggles at them just enough so that their trials and tribulations are something the audience cares about. Steven Zaillian hits all the right beats in his direction, the only real missteps are moments in the script where in order to fulfill a need for expediency a characters motives, and actions, will change at the drop of a hat. Searching For Bobby Fischer is compelling, and it’s a motion picture where chess is a focal point. Let’s be honest, even if you like chess, I do, the idea of a compelling movie where dramatic beats are tied into the playing of chess is pretty darn impressive.

A milieu of atmosphere, like a fog early in the morning. The Virgin Suicides is murky and tough to navigate, it’s half of a sentence from a director. The rest of the sentence would have helped the film a lot, because outside of some very pretty shots and a nice mood there isn’t much to be found in The Virgin Suicides. I’m not sure what Sofia Coppola wanted to say because she never goes far enough with any of the plot points to really say anything. The sisters die, but it’s glossed over, Lux is the only sister given a personality, and that makes it hard to connect with the other sisters. The parent aren’t all that bad, they’re kind of there, and bad at moments, but they never reach true monster status. I didn’t need a motive for why the girls did what they did, but I needed a motive for watching these characters, and The Virgin Suicides feels like Miss Coppola started to tell me why I should care and stopped talking suddenly.

A soft drama, and I mean that in the best possible way. I enjoy great melodramas, I enjoy dramas where everything is intense and there’s lots of yelling and screaming involved. There’s none of that in The Best Years Of Our Lives, in its stead there’s a lot of conversations and naturally unfolding character arcs. The fact that serviceman were treated badly when they returned home from World War II is not surprising, what is surprising is that William Wyler was able to handle the subject with such a light touch. There’s nothing bombastic or overwrought about The Best Years Of Our Lives, it’s a rather serene and genteel picture, the soldiers had to deal with what life brought them after the war, and they did, in very different ways. It all comes together in what could be construed as a happy ending, but in keeping with the tone of the film the ending appears quietly joyous while under the surface the same problems are bubbling and waiting to rise again.

A wonderfully created world, so powerful in its imagery that the allure of death and destruction is impossible to look away from. There’s almost nothing in Escape From New York story wise, but there doesn’t need to be. John Carpenter’s film revels in mood, characters, atmosphere, set design, and tense camera work. The score is also catchy and engaging in a way that I don’t find many of the heavily electronic 80s scores to be. There’s one patch of very dodgy effects involving a glider, but otherwise a brilliant escape into a scary future and a New York that feels more honest than any New York Woody Allen ever thought up. (Yeah, I don’t like New York, sue me.)

I first wrote a long review for this during the infancy year of this blog, 2008. At the time I really liked it, but the further away I got from my viewing the more I worried about what a rewatch would reveal. Turns out my worries were founded, somewhat, as I still liked Slumdog Millionaire but found a lot more to dislike this time. Danny Boyle is a director I like, but I felt that as Slumdog Millionaire went along he inserted himself into the picture too much with unneeded directorial flourishes. Most noticeably the final scene with Salim, it’s written over the top but it’s filmed over the top as well and this time around the scene really irked me. During this viewing my biggest problem was with Latika, who is essentially a nothing character. She exists to give Jamal a reason to be on the show, but we never learn anything about her character. Why does Jamal love her, what’s his reason for risking everything for her? The only reason the film gives is that she’s pretty, and that’s a stupid reason for Jamal to do the things he does. Slumdog Millionaire is still compelling, it’s still tense and exciting at times, but it’s not great, it’s nowhere near great.

Very strong week this time out, when I can say that every movie I watched was at least good I consider that to be a great week for movie watching. For as much as Searching For Bobby Fischer tugged at my emotional sports strings, ad as awesomely nihilistic as Escape From New York was, there can only be one movie of the week. The best movie this week is The Best Years Of Our Lives, a great understated drama that kept me highly engaged throughout. See you next week.