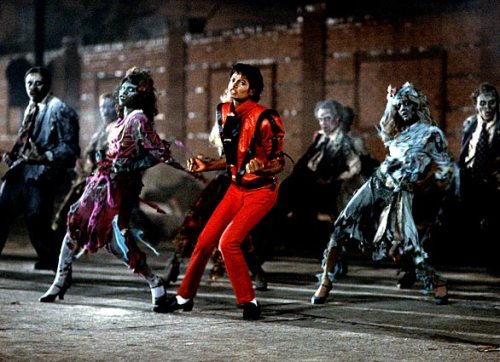 Who knew Michael Jackson acting like a zombie would be so much fun!

Only two movies this week, and that fine by me.

I’d like to talk for a second about the racial view this film puts forth. The Last Airbender wants you to know that it is time for the white man to rise up. The days of waiting for the Asian invasion to come are over, if only the lowly and downtrodden white people would take a stand. Luckily in The Last Airbender the whiteys are willing to rise up, to prematurely throw off the shackles of their soon to be oppressors and take a strong stand for white people everywhere! Wait, what was that? Nah, I don’t believe you, really, the three white people in question were actually supposed to be Asian? Well shit, turns out there isn’t a single interesting thing to take away from The Last Airbender.

All joking aside, The Last Airbender is an abysmal film, the people who call it one of the worst of all time aren’t lying. The acting is atrocious, the CG is really bad, and the story is complete nonsense. The Last Airbender’s biggest sin is how utterly boring it is, my wife and I repeatedly checked the timer to see just how much more we had to endure, The Last Airbender is so boring it moves at a snails pace. I feel sorry for M. Night Shyamalan, there are moments, or scenes, where he shows just how much he knows his craft. But it appears that the days of him being able to weave a story visually as well as through auditory means are long gone. Whatever, I’ve said too much, this movie is shit, the end.

If not for Michael Jackson’s disappearing and then reappearing makeup while he was singing the titular song I would have gone the full monty with Thriller. I’m not a big Michael Jackson fan, I do love the Jackson Five however, but Thriller as a song is very good. What really gets me about Thriller the short film is how loving it is in its homage to classic horror. It’s short, it’s to the point, Thriller says what it wants to say lovingly and has a lot of fun along the way. I don’t think John Landis has ever been this great, neither has Michael for that matter, Thriller is a keeper.

Thriller is obviously the movie of the week, and that’s about all I have to say. I could lament how terrible The Last Airbender is some more, but I don’t see the point in that. Until next week, watch more movies.