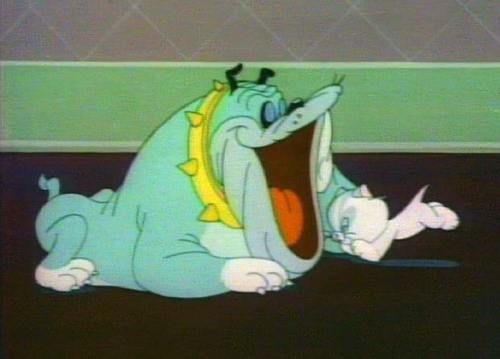 I often think I have a lot of bad luck, but I never have to deal with a black cat so I may not be that unlucky!

Only a trio of shorts this week, a new job equals far less time to watch movies,

For some reason outside of the wolf huffing and puffing I don’t remember much from the story of Three Little Pigs. The Disney version is full of playfulness, and some macabre humor like the picture of a sausage father. The singing from the pigs is cute, and it works in the short format, in a longer format the singing would become annoying I think. I laughed at the wolf a lot too, a very well conceived character, as well as the crotchety third pig.

Another great short from Disney, this one felt much like a precursor to Fantasia. Each moment played off of the last creating a symphony of images. While the accompanying music may not have been of the orchestral variety the effect of the animation occurring in sync with the music created the same vibe as Fantasia’s classical orchestra. Said animation was gorgeous, the film itself was charming, a pleasant film.

All three shorts I watched this week were great, and not much separates the three of them. I do slightly prefer the comedic tone that Tex Avery brought to Bad Luck Blackie, and that’s why Bad Luck Blackie is the movie of the week. Until next week, watch more movies!