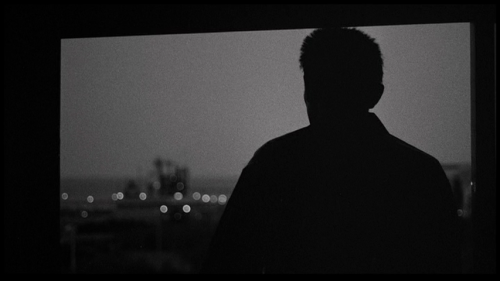 The last review I owe to an old stomping grounds of mine!

There’s a certain monkey of a man out there by the name of jbissell who I owed a review to based on his ability to whip me in fantasy football last year. The film he told me to watch was I Fidanzati. It may have taken me a long time, far too long in fact, but I have now upheld all of my obligations to a select group of people and managed to watch a nifty movie to boot. Yeah, I said nifty, and yes, it is a word I would use to describe I Fidanzati. It’s a breezy and airy film, and it’s very easy to get through. At the same time it’s a movie that isn’t afraid to work on multiple levels and to present two very different stories that somehow work harmoniously.

I wasn’t sure for a large portion of I Fidanzati exactly what Ermanno Olmi was aiming for. I know a lot of people are going to laugh at this, or think of it as sacrilege, but I was drawing a heavy correlation to Pixar’s Cars in my head during much of I Fidanzati. Not in the humor, script, or tone, but in the basic message of both films. I Fidanzati was presenting progress, but it was showing disenchanted people associated with said progress. At the same time Signore Olmi wasn’t denying the necessity of progress. Part of the story of I Fidanzati is that progress is necessary, but progress doesn’t always take into account the human factor. In this respect I couldn’t help but make the connection to Cars and I do believe it is a strong one.

Signore Olmi’s film takes a turn in its final half hour, and it becomes clear that Giovanni isn’t concerned in industrial progress, he is pining for love. The industrial progress story is still present but it exists side by side with a romantic tale of love lost and gained a second time. The romantic story aspect is a bit too on the nose in the films final minutes, with the characters voicing out what the audience should know they already feel based on their gestures and longing looks. Still, the romantic story did connect with me and allow me to look at the film in a different light. The romance is always present, albeit in the shadows, but it’s in those shadows where the best work of Signore Olmi takes place.

The light isn’t often present in I Fidanzati, the majority of the movie is in the dark. This brings out a duel longing in the story. The darkness is what the industrial progression hopes to move out of. At the same time the darkness is where the love between Giovanni and Liliana is stuck searching and groping for the light they once knew. Throughout the film the industrial progressions story is littered with shots in broad daylight and these shots show that progress is coming, but with costs. The love story on the other hand only sees light near the end when Giovanni and Liliana manage to reconnect and strike up old feelings long thought dormant.

I wasn’t blown away by I Fidanzati, but I was mightily impressed. Signore Olmi does a lot of intresting things. He shows a deft hand in tone, his usage of light and darkness, and in his ability to tie together two very disparate stories in a tight weave. I’ve grown uncomfortable using the label of Italian neo-realism throughout the years. To be honest I’m not versed enough in what others would call Italian neo-realist to comment on that aspect of I Fidanzati. However, I do happen to think I am well versed in films that are nifty, and I Fidanzati is one nifty film.