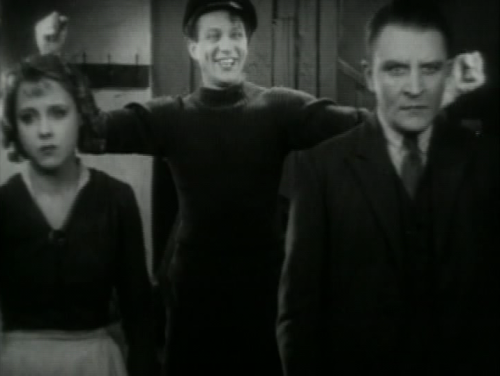 Early Hitch continues to disappoint, and that makes me a sad panda!

British melodrama and I are often at odds. There’s an element of callousness to certain British melodramas that has never sat well with me. It was present in films like Brief Encounter and Notorious (British director if not a British film), and again it is present in The Manxman. I know exactly where the disconnect resides, and yet whenever I watch a British melodrama where said disconnect exists I am taken aback. I spent most of The Manxman wondering where the film was going, and then it took one ill fated turn that I couldn’t come to terms with.

In the case of The Manxman the turn that upset my sensibilities was the issue of the baby of Philip/Pete and Kate. When Kate finally decides to leave Pete she also leaves her baby behind and the film treats this as if it is something we should not bat an eyelash at. I’m sorry, maybe it’s just me, but when Kate left Pete and left the baby behind I was irked. I was even more irked when she later was spurned by Philip and told him she was going back to get her baby because it was all she had left. If her baby was all she had left then how come she left it in the first place?

I get that Kate was in love with the wrong man at the wrong time, but the film failed to engender any sympathy, or empathy, on my part towards her. She made the decision to stay with Pete, and she made the decision to abandon her child. I’m not sure what exactly Alfred Hitchcock was going for in his portrayal of Kate, but what he presented did not work for me. It’s similar to what happens with Richard Dreyfuss’ character in Close Encounters Of The Third Kind, where he abandons his family to pursue a dream and somehow the film expects me to be okay with this and even cheer him on in his endeavor. The Manxman doesn’t go that far, it never asks me to cheer for Kate, but it does ask me to feel for her plight and her callous actions never allowed me to do that.

There are elements of Sir Hitchcock’s greatness to be found in The Manxman. He uses his camera to good effect, especially in the way he frames characters in the background in important moments. Of note is the way that Sir Hitchcock’s camera treats Kate’s father, Caesar. He is always framed ominously within the frame, whether it is in the background, dead center, or the foreground. It doesn’t come as much of a shock when Caesar is the man to see through all of the lies and posturing of Kate and Philip, Sir Hitchcock’s camera had made it clear already that he was the character we most needed to watch out for.

Elements are nice and all, but the elements of future greatness that Sir Hitchcock brings to The Manxman can’t make up for the misguided morals of the story. It’s not even that I have a problem with characters who take a less than healthy moral approach to life. My issue is that The Manxman wants me to feel for a certain character in the film’s most important scenes but I could not because of the way the film handled her moral decisions. The Manxman is an afterthought in the career of Alfred Hitchcock, and it is the way that the film treats morality as an afterthought that is the films ultimate downfall.