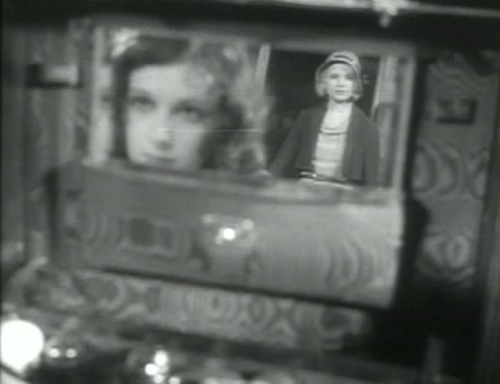 I’m ninety nine percent sure that Rich And Strange was supposed to be a comedy. I’m one hundred percent sure that Rich And Strange isn’t funny. That’s not a duality I look for in a film and I’m sure it isn’t what Alfred Hitchcock was hoping for with his picture. All the same, I can only go by what is on the screen and I can safely say that what was on my screen was not funny in any way. Okay, maybe the final minute was a tad funny, but one minute out of eighty two minutes in a comedy being funny is not an acceptable number. I wasn’t looking for huge guffaws either, just simple laughter based on some sort of witty banter, sight gags, or something. Rich And Strange’s version of comedy was bone dry banter and comedic scenarios played so straight that they were boring.

Rich And Strange is also at odds with its existence as a talkie or a silent picture. It is a talkie but it also uses interstitial title cards in a very odd manner. The title cards take on the role of the omnipresent narrator, telling us what the characters have just said or what the audience has just witnessed with their own eyes. In one scenario Fred meets a woman and he is told by another character that she is a princess. A second later a title card flashes across the screen telling us, “Fred met a princess.” The title cards do that often and it is always redundant. I can only assume that the odd usage of title cards was due to Rich And Strange being under production during the early advent of sound in cinema (I am, by my own admission, not the most knowledgeable about this time in cinema so if anyone wishes to correct me by all means go ahead).

I was left with nothing to hang my hat on when Rich And Strange had finished. The humor didn’t strike my funny bone, and I was left cold by the leads. There were no real dramatic beats to speak of, and the relationship woes of all people involved were handled too dryly for me to become invested. There were directorial flourishes from Alfred Hitchcock that hearkened to his films to come. Most notably he played around with depth of field on more than one occasion. Sir Hitchcock also toyed with the idea of a first person perspective in the form of us seeing the world through Fred’s drunk or sick eyes. While an admirable attempt the first person sequences came across as unrefined and not well executed. Luckily Sir Hitchcock would work on the first person technique and in later films, such as Vertigo, use first person to far better effect.

I didn’t find Rich And Strange to be a bad film, but it wasn’t a good film. I could find very little to be positive about in Rich And Strange. Conversely the elements that didn’t work for me weren’t actively bad, they just didn’t work. I’m finding that early Alfred Hitchcock is more about him testing his abilities as a filmmaker and slowly but surely cleaving away the fat until the primo filmmaker the world knew and loved was all that was left. Rich And Strange was too fat, too unfocused, and too unfunny to be considered a good film, let alone good Alfred Hitchcock.