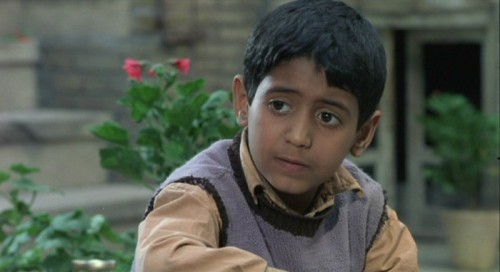 I prefer flip flops to shoes myself, although a flip flop is a shoe I guess, so never mind!

A strong group of movies this week,

I understand what Kurt Kren was going for with this film, but that doesn’t mean I have to like it. Timing out every sequence so that they repeat in determined mathematical patterns is an interesting experiment, but it’s not an experiment that I gain much joy from. I appreciate the craft and the attention that Herr Kren gave to the film, but that doesn’t make the film interesting or an experience I was glad to have undertaken.

Picking up where How To Train Your Dragon left off, Dragons: Gift Of The Night Fury is a pleasant little romp. The characters are familiar, the jokes are for the most part funny, and the animation is well done. It’s not a jaw dropping story, but the simple little tale works. Dragons: Gift Of The Night Fury doesn’t always work, some of the beats do feel forced, but all in all I enjoyed my time with this short.

It tries very hard to be funny, and there are moments when Merry Madagascar is quite funny. On the whole the trying is far too obvious, and if that’s any indication of what the Madagascar films are like then I’m glad the majority of my exposure has been to the penguins only. The trying gets in the way of the actual funny moments, causing the enterprise to have an overall strained feel. I didn’t completely dislike Merry Madagascar, but I didn’t completely like it either. Merry Madagascar is a short that plays out and it’s time to quickly move on to better and funnier endeavors.

On The Beach (2000, Russell Mulcahy, Australia/United States Of America) *1/2

What do you get when you have a film full of terrible performances, Aussies playing Americans who don’t bother to hide their accents, terrible CGI, and a three year old who the film is clearly trying to paint as an infant? Why, you get this terrible version of On The Beach. I’ve never read the book, and I was bored to tears by the 1959 Stanley Kramer version. But, at least that version didn’t have the terrible overacting of Armand Assante, Rachel Ward, and Bryan Brown. This version of On The Beach was devoid of any actual stakes, in order for the final moments to matter I had to care about the characters. Of course when the lead actress is terrible and the film doesn’t bother to have her show the signs of radiation poisoning because that might upset her attempts at looking pretty there’s very little chance of me caring. Too long, too overwrought, but on the mark for being almost unwatchable.

A comedic build that makes sense once the final frames are in place. Ilha Das Flores rests on the power of its imagery. The film shows an astute ability to evoke truths from a series of images. Ultimately the film is let down by the choice of music that plays over the final, most appalling, moments. That being said, those images are still quite potent and speak to the frailty of life and the marginalization of life. Jorge Furtado manages to blend a surreal and absurd attitude with a pointed realism in a film that takes a close look at the human condition in a surprising manner.

Miguel Arteta’s film is a quirky indie, and it does get annoying sometimes. It’s one of those films where it pours on the quirk because the quirkier it is the more indie street cred it has, or something. Hidden beneath all the quirk is a decent story about how new love can be ridiculous, and life isn’t always the most exciting. Jennifer Aniston gives a surprisingly versatile performance, one that I don’t think she’s ever matched at any other point in her career. The rest of the cast is solid, and the direction is fine in a workman like way. The Good Girl lives up to its title, it’s good, but no more than that.

There are a few times when the film is a tad too cloying, but those moments usually involve an adult. The majority of the focus in Bacheha-Ye Aseman is on the children, and in that regard Majid Majidi’s film is a nice companion piece to the French film Ponette. Bacheha-Ye Aseman is yet another film that is not willing to present children as simple beings. Through the complex actions of Ali and his sister Zahra we see how adult and childlike they are at the same time. This is an emotional film, and I could understand some people reading the film as overly sentimental. I didn’t take the film that way, it earned it’s sentimentality, and I found it to be an all around exhilarating picture.

A pair of great movies this week, but one was a tad greater than the other. Bacheha-Ye Aseman takes home movie of the week honors and it is has me itching to see more Iranian cinema. Until next week, watch more movies!