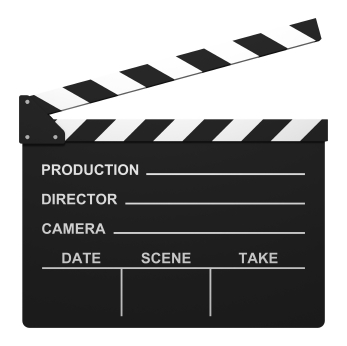 Another topic about directors, I’m sensing a trend!

Though I may not be the most well versed gentleman on the topic I love to talk abut directors past and present. This week I’m focusing on the present, as in the top ten directors working today, according to me. The only rule I have is that the director has to of put out a film in the last five years, or have one in production or scheduled for a release in the near future, and I need to have seen at least two films from the director. What follows below are the number ten through six directors (I’ve also included a list of the films I have seen from each director as a frame of reference),

I have so much of the Dardenne Brothers filmography to explore, but what I have seen is energizing. I know it seems odd to use a word like energizing in connection with the Dardenne Brothers, but their films energize me. They make films that focus on small characters living as normal of a life as is possible in a film. They do this with next to no music, and every one of their films that I have seen reside within the realm of realism. But, realism doesn’t have to equal inert and lifeless. The Dardenne Brothers encase their realistic style in an energetic shell that I can’t get enough of.

I only have a few Kar Wai Wong films left to see, and I can’t wait to see them. Xiānshēng Wong’s film have a beauty to them that is hard to put into words. Not only are his movies beautiful in a visual sense but they are beautiful in how they approach characters. The world that Xiānshēng Wong brings to life in his films is one of missed chances, wrong decisions, and eternal longing. The best analogy I can provide for just about any Kar Wai Wong film is that it’s like being in a smokey Chicago jazz bar. The smoke makes the atmosphere murky, your breathing is labored, and the sound of the band emerges from the smoke and the haze to smack you in the face from unseen angles.

What strikes me most about Kelly Reichardt’s work is how effortless her direction appears to be. I’m not belittling her work in anyway, and I know that in reality she puts a lot of effort into the way she frames a movie. Yet, when I watch a Kelly Reichardt film I get the impression that she had an image in her head of the movie she wanted and simply willed it onto the screen. Her characters exist as allegories, yet they are real people all the same. Her camera never does anything fancy, but it doesn’t need to. The power of Miss Reichardt’s visuals comes in the way that her camera observes and intrudes at the same time. There are a lot of great female directors in the business today, but Miss Reichardt leads the pack.

It would be far too easy to pigeonhole Chan-wook Park into the category of a shock director. His films are full of shocking imagery and stories that seemed designed to peck at people’s sensibilities. The truth of the matter is that there isn’t much to be shocked about in Park-ssi’s films, the way he layers his films he puts the emphasis on discovery as opposed to shock. The fact that a priest has been turned into a vampire isn’t meant to be shocking, rather it is a way to explore the idea of Western religion in an Eastern society. Incest is a recurring theme in a few of his movies, but the shocking nature of the incest is always an allegory for something else. Park-ssi is a director with many layers, all you have to do is watch his movies and keep peeling away.

I love me some animation, every person who reads my blog on a regular basis already knows this. There are plenty of great animated directors working today and a lot of them happen to be from America. The best of the lot is none other than Andrew Stanton, a man who has distinguished himself as head and shoulders above any other American animation director working today. The films of Mr. Stanton accomplish two things that do not always go together. Every one of his features has scope and intimacy to it. We get a larger picture of the world or a larger theme wrapped around characters who are finely detailed and full of life. His heroes are heroes we root for and his bad guys are far from one dimensional. He creates sweeping images but never loses sight of the importance of character development. I look forward to every film Mr. Stanton puts out, he’s earned my respect in every way a filmmaker can earn my respect.

Check back next week for the top five entries!