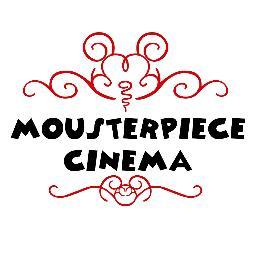 I’m all about the Mouse, yes I am!

Josh Spiegel and Gabe Bucsko are the two hosts of the Disney centric podcast Mousterpiece Cinema. Episodes, usually a little over an hour in length, are released on a weekly basis from the Sound On Sight affiliated podcast. The podcast has been around since the middle of 2011, and usually the aforementioned hosts are joined by a guest of some sort. The podcast has always focused on Disney movies, and the format is that of a review of a Disney related movie, and some general side discussion of movies, Disney and otherwise. The podcast did undergo a significant shake-up earlier in 2013 when one of the hosts, Michael Ryan, suddenly passed away.

As a small disclaimer, or a slight aside if you will, I do write for Sound On Sight, the parent website for Mousterpiece Cinema. I have had a handful of dealings with Josh Spiegel, but that being said I don’t know Mr. Spiegel all that well and I had no idea who Gabe Bucsko was when I listened to my first episode. My affiliation with Sound on Sight isn’t going to play a role in this review, but it’s something I want to get out in the open.

There were a couple of areas where I did take issue with Mousterpiece Cinema. In their discussion of Oliver & Company there came a moment when, about twenty minutes into the podcast, the free flowing discussion stopped. The next ten to fifteen minutes were spent describing the plot of Oliver & Company. For most people this won’t be an issue, but those who know me know that I really despise plot description in reviews.

Another issue I had with the podcast was the discussion of the dubbed versions of some of Hayao Miyazaki’s films. Another pet peeve of mine is the existence of foreign dubbed films, unless of course the film is being shown to a viewer of a younger age. Again, this is an issue where some people will disagree with me, but I avoid dubbed films at all cost and I’m not really interested in a discussion of a dubbed film. Misters Spiegel and Bucsko didn’t exclusively deal with the dubbed version of Tonari No Totoro, but when they did I tuned out of the discussion.

The above being said, where Mousterpiece Cinema most lost me was in the type of film discussion the hosts brought to the table. It seemed to me like they were always scratching the surface of the film they were discussing and not truly delving deeper into what made or broke the film in question. There’s nothing wrong with that approach, but it’s not an approach that I look for in my film related podcasts. It’s clear to me that Misters Spiegel and Bucsko know their stuff, but their approach to discussing a film left me cold. Not to sound like a broken record, but this probably won’t be the case for others who listen to Mousterpiece Cinema. I like what I like though, and in order for me to keep listening to a film related podcast I have to really dig the critical approach of the hosts.

My vote is to unsubscribe from Mousterpiece Cinema. What Misters Spiegel and Bucsko do on a weekly basis will appeal, and probably already does appeal, to a lot of cinephiles. I’m a huge Disney fan, moreso Walt Disney Animation Studios mind you, but I wanted more out of Mousterpiece Cinema than the podcast was willing to deliver. Mousterpiece Cinema is well made, with great production values, and a pair of amicable and well informed hosts. In the end I didn’t connect with Mousterpiece Cinema like I had hoped for, and that’s why Mousterpiece Cinema will continue on minus one, very inconsequential, listener.

This entry was posted in Podcast Review and tagged film criticism, podcasts. Bookmark the permalink.