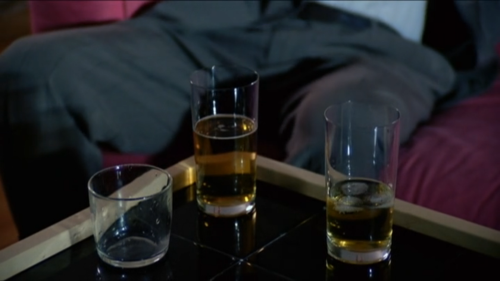 This is why I always skipped over any open factory positions!

We live our lives in a bubble, at least that’s how I think most of us lead our lives. We tend to think that whatever problems we are dealing with are the biggest problems in the history of the world. The truth is that everyone has problems, and whenever we think we have a large problem there’s someone else out there who has a larger problem. I had a scare a few years back involving my kidneys, and to me it was like the world had decided to take a giant dump on me. I never stopped to think about what other people in the world we’re going through. During my own scare there were untold amounts of people dealing with loved ones dying, losing their jobs, having their marriages fall apart, and so on and so forth. Yet, I know that I still live in my bubble and I always will. Everyone has problems but my problems are what matter most to me because the little world I have constructed for myself is what matters the most to me.

The same is true for Iris in Tulitikkutehtaan Tyttö, her world is all that matters to her. Aki Kaurismäki conveys this through the use of newsreel footage. He shows us human rights issues in China, as well as violence in other parts of the world. We see this and we instantly think those issues are much larger than the small tale we are watching. Iris doesn’t bother to stop and see what is happening in the rest of the world because her world is where all of her problems reside. At first this putted me against Iris, I couldn’t get past her self-centered nature. Then I realized she isn’t self-centered, and that Herra Kaurismäki was using her to show how much even the little things in our bubble worlds matter. Her reaction to her problems makes sense because her world has been put through the wringer and she feels she has no choice but to lash out. That’s not to say her actions are justified, but they do make sense and they are actions that come about from events viewers should be able to relate to.

The above being the case, Tulitikkutehtaan Tyttö is more of a comedy than a drama. The film has a dramatic bent, but it struck me as more of a black comedy than a tried and true drama. We feel for Iris, we understand Iris, and we laugh at the oddities in her world. When she asks for rat poison and the cashier says, “small or large,” it’s a very funny moment. I laughed out loud at that exchange, and all the while Iris maintained her deadpan demeanor. The film is much like its lead character, deadpan to the extreme. The comedy found in Tulitikkutehtaan Tyttö is not of the obvious variety, it springs out of dry moments that on the surface don’t seem to be a breeding ground for comedy. Herra Kaurismäki structures the film as a comedy first and a drama second, and that makes the staid nature of the proceedings all the more impactful.

This was my first film from Herra Kaurismäki, and I was very impressed by what I watched. Tulitikkutehtaan Tyttö is very short, a smidgen over an hour, but it’s quite economical in its construction. Herra Kaurismäki gets to the point quickly and quietly, just waiting for those moments when the audience will be blindsided by a dramatic beat. Tulitikkutehtaan Tyttö can be summed up by a scene where Iris is slapped in the face. It appears as if nothing of note is happening and then all of a sudden the film slaps you in the face and makes you realize you’re watching something special. Tulitikkutehtaan Tyttö thoroughly left a mark on my face with its repeated slaps.