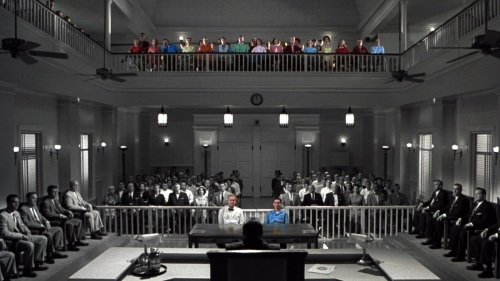 If I could go an live in Degrassi: The Next Generation, that would be like a dream come true!

Not new releases this week, but still more modern stuff than usual,

A bit of a classist film, which I understand is common complaint against the works of Alexander Payne. I’ve never felt that way until Sideways as I could never get past the feeling that this film was made for the upper class. Paul Giamatti and Thomas Haden Church are both fantastic, but I never bought Sandra Oh as any sort of bombshell figure. It had its funny moments, but, for me at least, Mr. Payne’s film came across far too isolationist in its focus.

Dana Carvey is the true star of Wayne’s World. This film may be a vehicle for Mike Myers, but it’s Mr. Carvey who steals the film every time the camera is on him. I remember loving this film as a kid, so much so that I wore the VHS tape out. Time has not been super kind to Wayne’s World, although it hasn’t completely ruined the film. Wayne’s World is still funny and as an adult I appreciate the irreverence of the film more than I ever did as a kid. There are long stretches of the film that aren’t funny or satirically biting, and Mr. Myers’ mugging gets real old real fast. Revisiting Wayne’s World I found the film to be much more of a mixed bag than I would have liked.

Near the middle of Pleasantville I wasn’t sure if the film was going to pan out. From beginning to end the visuals were sumptuous and the acting was spot on. What worried me was if the film was going to manage to find the middle ground between the traditional and the modern. Thankfully as the film progressed it focused on exactly that, how the answer isn’t modern or traditional, but somewhere in the middle. With that hurdle dodged all that was left was to enjoy the wonderful visuals, the fine acting, and the great world building. Pleasantville is a film that had been in my to watch list for some years now, and I’m glad it was worth the wait.

Handsome production values and a wonderful cast. Yet, something was missing from this version of the classic novel. There was a certain energy gone from the proceedings, as if beneath all the lovely sets, costumes, and acting there was a film only concerned with going through the motions. For the most part Les Misérables overcomes its lack of energy, but just barely. I suppose when all is said and done Les Misérables leans heavily on its strongest elements, and that’s why it is an enjoyable picture.

For the most part Charlie and the Chocolate Factory is wonderfully offbeat. There’s a delirium to the characters, and lovely imagination on display in the created world. There is, however, a major misstep in the form of the Oompa Loompa’s and their songs. Not only does using the same actor for every Loompa make them seem cheap, but their songs were so droll and awful. I salute Tim Burton for the majority of Charlie and the Chocolate Factory, but the Loompa’s drag the picture down mightily.

A charming film full of plenty of imagination. That’s what drew me in the most with Pete’s Dragon. The comedy is also pretty nifty, and I will give my wife the fact that the songs are very catchy. Had I seen this as a younger lad I could see Pete’s Dragon capturing my fancy in the way it has my wife’s. I still enjoyed the film a lot, but nowhere near as much as my wife.

A well spun story that hits very predictable moments, but it hits them in very rewarding ways. Keke Palmer is terrific as Akeelah, and the rest of the cast is up to the task as well. The score is very on the nose, far too much so for the good of the film. I also felt that some of the moments were overwrought, although this could have been mainly due to the sledgehammer approach of the score. Akeelah and the Bee is a well made film in most regards, and an engaging one, and that’s why it is an enjoyable viewing experience.

Mike Judge’s film loses steam as it nears completion, but it’s pretty funny throughout. Luke Wilson is likable, Maya Rudolph is okay, and the rest of the cast fit well into their roles of stupidity. The satire is, sadly, pretty on point. I know it seems ridiculous, but I could easily see our society heading in the direction of Idiocracy, maybe not completely but at least a little. Idiocracy is the rare instance of a film wielding its message with a sledgehammer and being effective with that approach.

Another decent week for movies, but nothing came close to the pure enjoyment I got out of Pleasantville. That’s why Gary Ross’ film takes home movie of the week honors. Until next week, watch more movies!