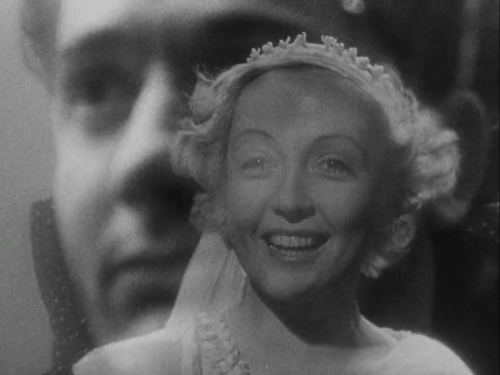 Love and jealousy go hand in hand, or maybe that’s fish in fish!

Visiting a film like L’Atalante is very interesting for me. I know I’m not alone in enjoying the exploration of film history, and it’s always a pleasure when that exploration nets not just history but a great film. There are certain films that I do watch simply for their place in history, and they never end up being more than that. I’m happy to have seen New York Subway and to have added it to my cinematic language. But, New York Subway isn’t a great film, it never reaches a status beyond being a historical footnote. This is a worry when I decide to watch heralded films from the past, especially those that I’ve heard are influential in shaping cinema as we know it today. When one of those films is great and stands up as more than just a historical document, that’s an exhilarating feeling. Such is the feeling I had while watching L’Atalante.

Beyond any of the innovation or new ideas present in L’Atalante what most struck me about the film was the greatness of its romance. It’s an honest romance, one that feels very real and very plausible. The romance in L’Atalante is made of the stuff that most movies ignore. Juliette and Jean are petty, jealous, loving, caring, humorous, and bitter towards one another. They undergo an actual relationship cycle. This helps to make their relationship feel real and the ultimate ending earned. Jean Vigo doesn’t cheat when it comes to the relationship in L’Atalante. He makes his characters earn the respect of the audience, and by making them work for it Monsieur Vigo creates characters who the audience will care about.

I was struck in L’Atalante by the general lack of flashiness. There are a few sequences, such as the underwater surrealism, that have flash and verve to spare. However, for the most part L’Atalante comes across as a neorealist production more than anything else. We are being shown real life and real characters, not idealized versions of characters who exist in a fantasy land. The technique employed by Monsieur Vigo is that of keeping a steady camera and allowing his characters to exist in front of said camera. The visual presentation of L’Atalante isn’t static though, as the reality of L’Atalante is one of movement. The ship that the film takes place on is always in motion and so are the characters. The camera meets them as they move about the rooms, as they fuss over dinner, and as they proceed to behave like real people would behave. Monsieur Vigo allows all of this to occur naturally, and that’s what gives L’Atalante a deeply neorealist tone.

L’Atalante is a classic that holds up, an innovative film that still resonates all these years later. It’s sad that Monsieur Vigo wasn’t able to make more films. He clearly had a great eye for cinema and for actualizing his characters. At least he did give the world a trio of short films and L’Atalante before his untimely death. Those looking for cinematic history owe it to themselves to see L’Atalante. More importantly, those looking for a great film to watch need to seek out L’Atalante.