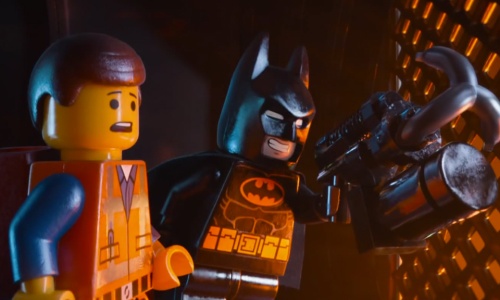 Sadly, I was never a huge user of Lego’s myself!

A mere handful of films this week,

All the great acting in the world can’t save a blase film. I spent most of Le dernier métro expecting something imaginative or engaging to happen, but it never did. The machinations at play are dreadfully droll and dull, not what I’ve come to expect from François Truffaut. The acting is pretty great though, there is that much for the film to be proud of. Remove the acting from the equation and the remainder of the film consists of an unimaginative script, lifeless direction, and a meandering narrative with an ending out of left field. Unless one is a big fan of Monsieur Truffaut there’s no reason to waste time on Le dernier métro.

The Gothic trappings are nice, and Bela Lugosi gives a pretty good performance. The film never really comes alive though and that’s a big misstep. The film counts too much on darkness and shadow, and not enough on actors besides Lugosi Úr. This is especially problematic whenever Lugosi Úr is off screen. There’s only so much that darkness and shadow can hide before it becomes all too obvious that most of the film is inert. Murders in the Rue Morgue is great in two areas, and those help the film to be a worthwhile experience, but it shies away from being great.

Fun with Boris Karloff and Bela Lugosi. Both men are pretty solid, although Lugosi Úr really goes overboard in hamming it up. Mr. Karloff takes the opposite approach, playing his character fairly straight. Of the two I much preferred the performance from Mr. Karloff as he took a minute character and gave him depth. The finale is pretty good in a “throw everything at the wall and go crazy” sort of way. The rest of the film contains some decent moments, but on the whole it’s not terribly memorable.

It’s not as funny as it thinks it is, but when it homes in on its social commentary the film is very strong. The Lego Movie is a lot of fun, but that’s not what I will most remember the film for. I’ll remember The Lego Movie for its ending, for its ability to use said ending to change the way I viewed the previous portions of the film, and for how smartly the film commented on popular culture and adolescence. It’s far from perfect, mainly due to how many of the jokes fall flat, but when it’s on The Lego Movie is a kick of a film.

The recreation of a specific time period is accomplished nicely. That and the general likability of the film are what surprised me the most. This is a movie for my daughter’s demographic, and it is perfectly fine as that type of film. Because of that I expected a certain cheapness, and while not great the film manages to avoid looking and feeling extremely cheap. It helps that AnnaSophia Robb is very likable as the lead. All in all, a charming film that is much better than it has any right to be.

An okay batch of films this week, but one clearly stood out from the rest. The Lego Movie takes home movie of the week honors! Until next week, watch more movies!