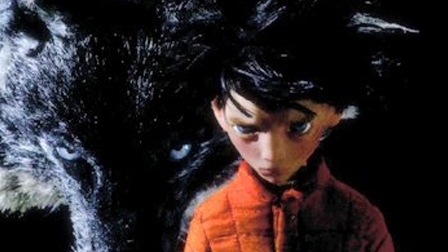 A couple of films managed to make their way into my busy schedule,

Simple animation gives way to a deep screenplay that hides its intentions just beneath the surface. The animation took some getting used to, but eventually it finds its own cadence and rhythm. The music from the original work is integrated into the short seamlessly, and the many little character stories that are being told feel like complete stories. I had little to no expectations going into this version of Peter & the Wolf, but I left pleasantly surprised at the wit and intelligence brought forth in the animation, the writing, and the characters.

A sweet and sentimental story, but with a level of harsh reality that makes the sweet sentiment feel earned. The direction is rote, but this isn’t really the type of movie meant to sweep the viewer off their feet. It’s plain folk in a plain environment living their lives and learning life lessons. That could be, and probably should have been, pat. Instead it never feels as such simply because of how lived in the characters feel and how real their world seems to be. Plus, I’m a sucker for a good yarn about a dog.

A pair of good movies this week. Despite how much Old Yeller hit me in the gut the film buff in me was more enticed by Peter & the Wolf and that’s why Suzie Templeton’s short film takes home movie of the week honors. Until next week (or whenever), watch more movies!