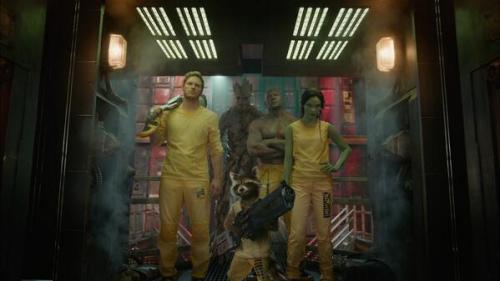 Another comic book movie, and a great one at that!

A pair of movies this week, but two is better than nothing,

Like most movies of its ilk, An American Girl: Chrissa Stands Strong is well made if a bit overblown. There’s nothing progressively bad about this movie, but it is for a pretty specific target audience. In that regard An American Girl: Chrissa Stands Strong hits all of its touchstones. This is a film that looks good, benefits from a swell production value, and ultimately delivers on the type of story it wants to tell. A well made movie with a strong, and well executed, message makes for a good viewing experience.

Speaking of target audiences, Guardians of the Galaxy is the sort of film I can see people passing on. I don’t want to bring in the “people don’t get it” card, but this is the case of a film that works as part of something greater. To truly find the film great I do believe someone needs to be familiar with either the comic book or the comic book universe the film springs forth from. I’m familiar with both, and maybe that’s why the characters and the style worked so well for me. Fun and funny, but with endearing characters who form relationships that have impact. I laughed, I was engaged, I had loads of fun, what more could one ask for from a day at the cinema?

One good movie and one great movie equals a good week of movie watching. It also makes it obvious that Guardians of the Galaxy is taking home movie of the week honors. Until next week, watch more movies!