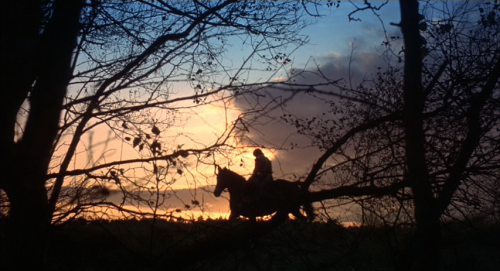 How come Hulk Hogan’s big boot never took someone’s eye out like that?

It’s hard to find characterization and narrative thrust in Witchfinder General. The film never bothers with either of these elements, but it very much needed to take the time and implement one or the other. The film relies heavily on Vincent Price, and that’s fine, but the rest of the world and the cast are drawn shallowly to the point where they are barely present. I should care when an innocent woman is being burned at the stake, but I didn’t care and the fault for that is entirely at the feet of the thin narrative and characterization.

Vincent Price is a hoot though, I’ll give Witchfinder General that much. No matter how much I struggled to stay interested in the mechanics of the film I always found myself engaged with what Mr. Price was doing. He’s fantastically devilish as the villain, his Matthew Hopkins is very easy to hate and root against. Mr. Price eschews the hamminess he became famous for and plays Hopkins straight. That makes the glint in his eyes, and the malice in his actions all the more horrific.

Without Mr. Price’s performance I probably wouldn’t label Witchfinder General a horror film. It’s true that the film deals in witches, but that’s not enough for a horror film. The horror of Witchfinder General is in the actions of Hopkins and in how callous he is willing to be with the lives of others. The film works best when it hinges on the actions of Hopkins, but it never stays with Hopkins long enough. The other elements, and actors, drag the film down and don’t fit within the horrific motif of the Hopkins character.

Whereas Mr. Price plays Hopkins straight the rest of the cast is going for ham all the way. Ian Ogilvy is terrible as our supposed hero. There’s nothing to his character, and all Mr. Ogilvy does is imbue the character with over the top hamminess. It’s hard watching his performance and trying to take his anger seriously. Robert Russell is just as bad as Hopkins’ sidekick John Stearne. There’s a scene where he laughs in a bar that is one of the most unintentionally funny scenes I’ve seen in some time.

Witchfinder General is not a great movie, it’s barely a decent film. It’s too stodgy and stuffy, never able to come to grips with whether it wants to be over the top or serious. Mr. Price delivers a fabulous performance, but he’s all the film has in its arsenal. Eventually it becomes clear that Michael Reeves is shooting blank after blank. That doesn’t stop him from plodding along with his film, and when it ended all I could say was, “thank goodness that’s over.”