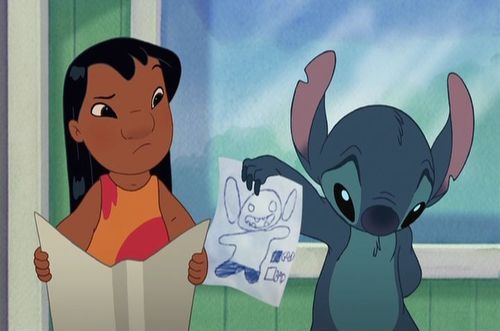 I wish Disney would do something with Lilo & Stitch again, he’s probably their best “franchise” character in a long time!

Still didn’t watch that many movies this week, only three in fact,

It took me about five minutes to check out of Kind Hearts And Coronets, and I never checked back in. I know a lot of people hate the criticism, but my lord is this movie terribly boring. It’s not that nothing happens, it’s that what does happen is handled in such a plain and sleep inducing manner that what does happen isn’t interesting. Did I mention that Kind Hearts And Coronets is unfunny as well, because I should have. I waited and waited to laugh, but never did a laugh come, and that only added to the feeling of boredom that the film imbued upon me. Alec Guinness gives it his all, and I know I’m in the extreme minority on this one, but I found very little to be worth my while when it came to Kind Hearts And Coronets.

Along Came A Spider (2001, Lee Tamahori, Canada/Germany/United States Of America) **

Certain elements of the thriller aspect of Along Came A Spider work very well, and the film is suitably grimy in look and tone. That being said, the film becomes very predictable once it gets all twisty, and the ending is a foregone conclusion. Morgan Freeman is his usual reliable self, same goes for Dylan Baker, and Michael Wincott makes a very good baddie, especially with his use of vocal intonations. I’m not sold on Monica Potter however, around Freeman she seems too shy and unwilling to go with her role. Along Came A Spider is a competently made, but entirely forgettable feature.

Not a great week for film, but at least one film I watched was an enjoyable experience. Lilo & Stitch 2: Stitch Has A Glitch takes home movie of the week honors. Until next week, watch more movies!